Cassandra: An Opera In Four Acts CASSANDRA: The video projection took on a life of its own (will try to send it) as “Silent Movie’Film Muet” which has been very widely shown.

THE CHORUS: I recorded nearly 100  women speaking in whatever way they wished on sound cassettes which were hidden in tripod replica’s of the seat of the Delphic Oracle. People could listen to them on earphones.

THE LITTLE RADIO: Footage of Hitler being greeted with flowers by a little girl is overlapped with the sound of a Hitler speech and a female voice singing a song “The Little Radio” bywords by Bertolt Brecht and music by Hans Eisler. These emanate from an early upright radio.

THE MAID: (5 light boxes), time exposure. Only one box is lit at a time making the piece time-based. 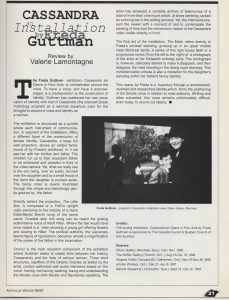 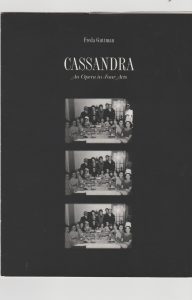 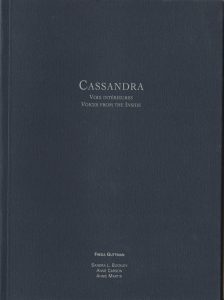 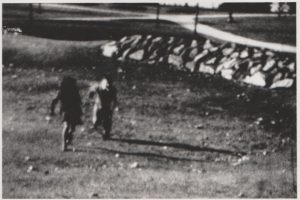