“Le Canal” is a publication produced 3 or 4 times a year by P.O.P.I.R. – Comité Logement, a housing committee in the Southwest of Montreal. As a member of P.O.P.I.R., I write a regular column called Histoire Populaire de Montréal / Peoples’ History of Montreal. 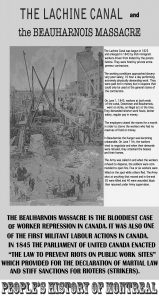 The Lachine Canal and the Beauharnois Massacre 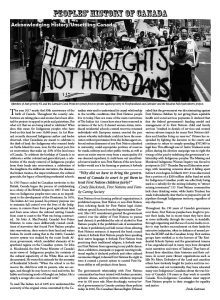 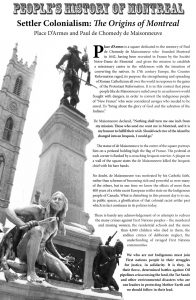 Settler Colonialism: The Origins of Montreal 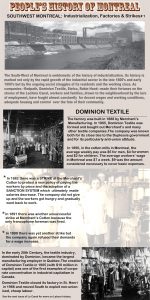 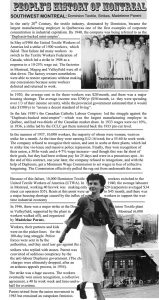 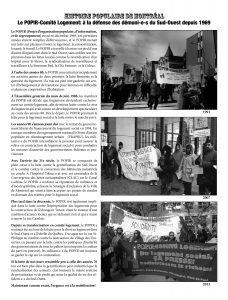 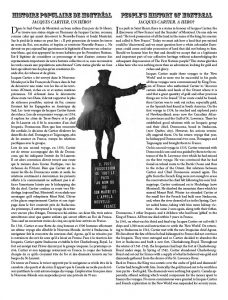 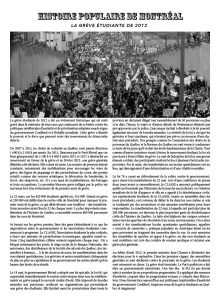 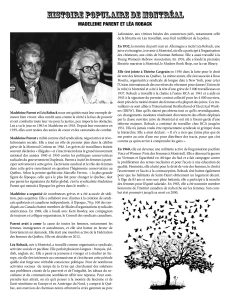 A History of Organizing in Pointe-Saint-Charles 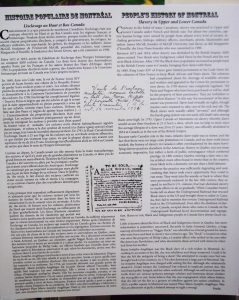 Slavery in Upper and Lower Canada 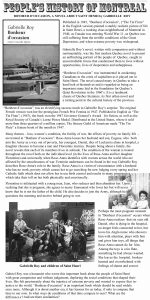 Photographs of posters wheatpasted on walls around the city in opposition to the celebrations of the 375th so-called birthday of Montreal and the 150th anniversary of the founding of so-called Canada. 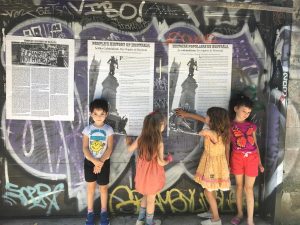 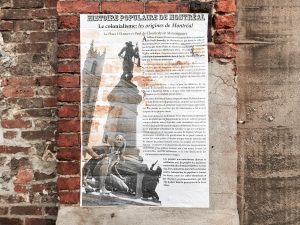 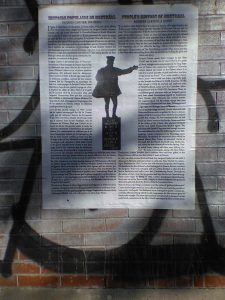 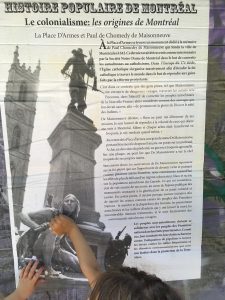 Colonialism: The Origins of Montreal